Dimark tilt tray sorter can be designed according to the requirements of the client. 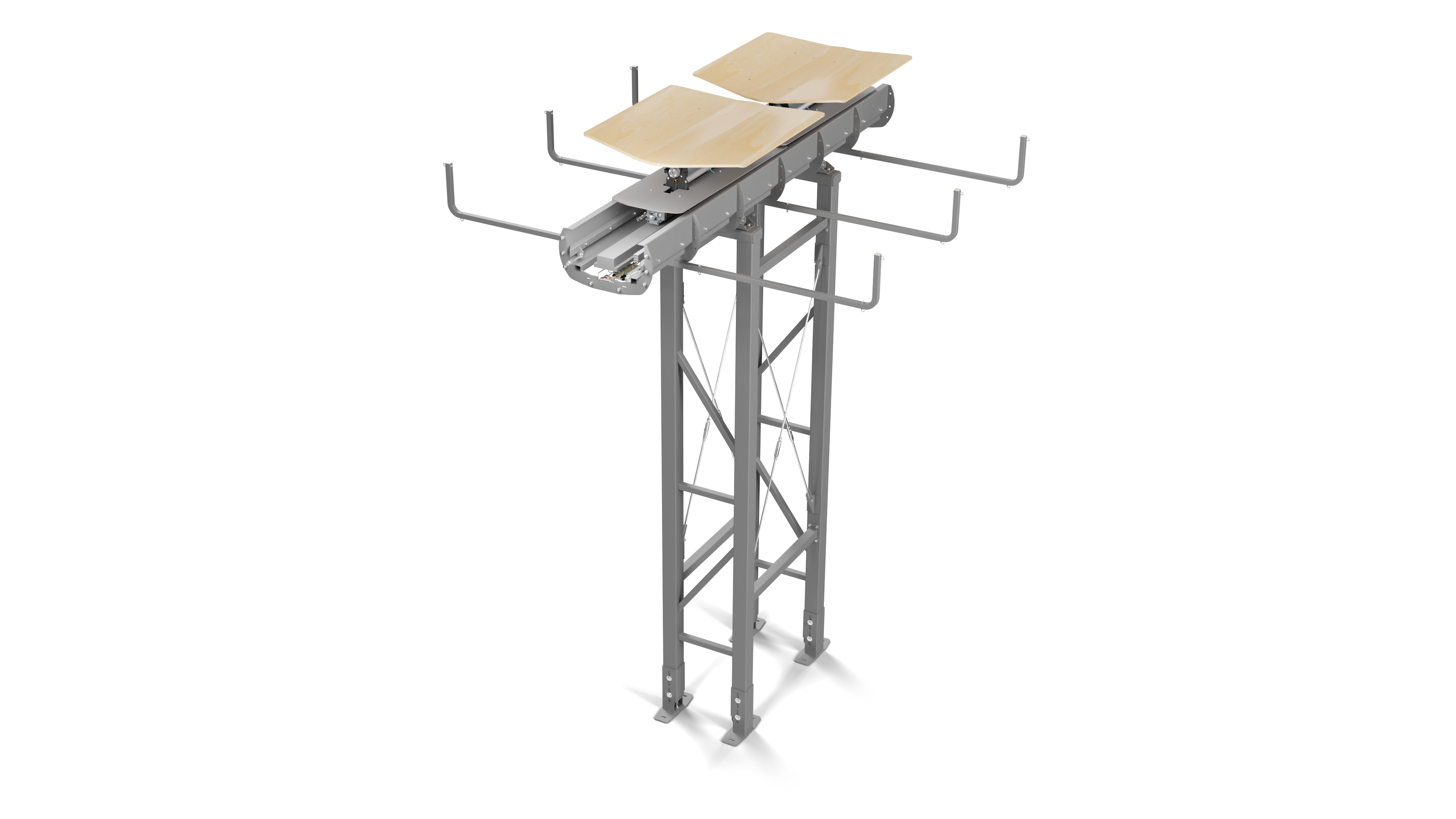 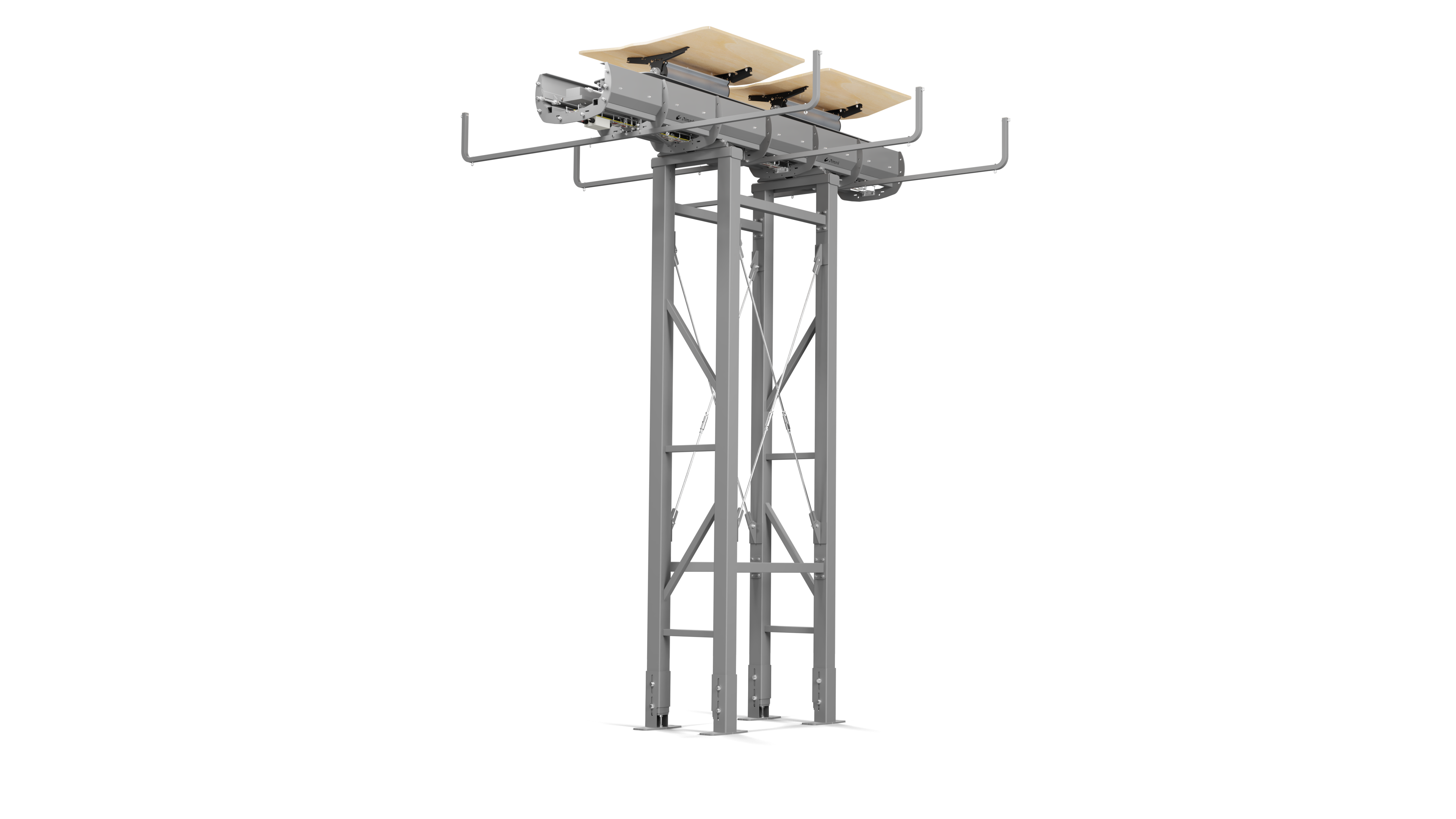 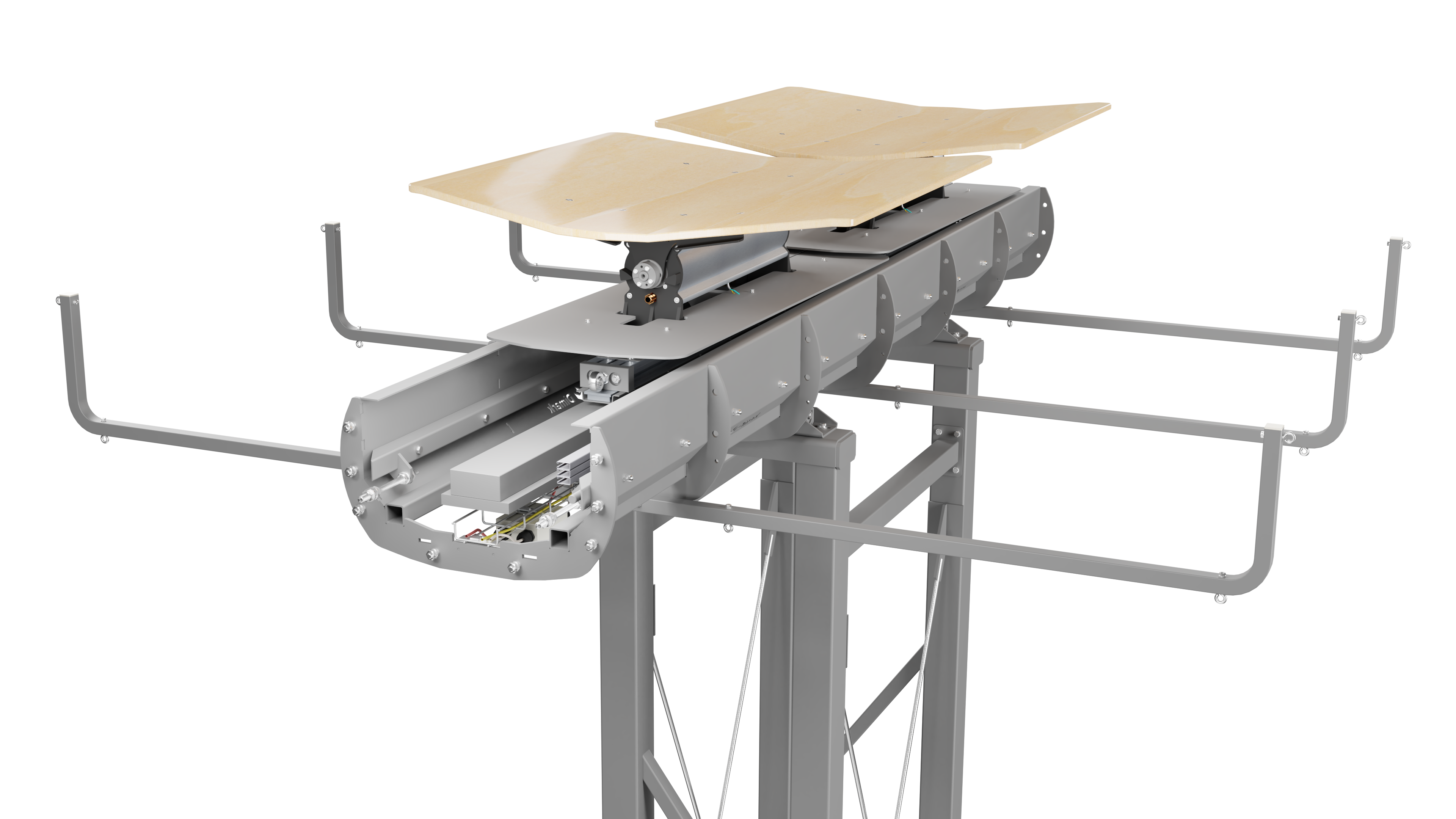 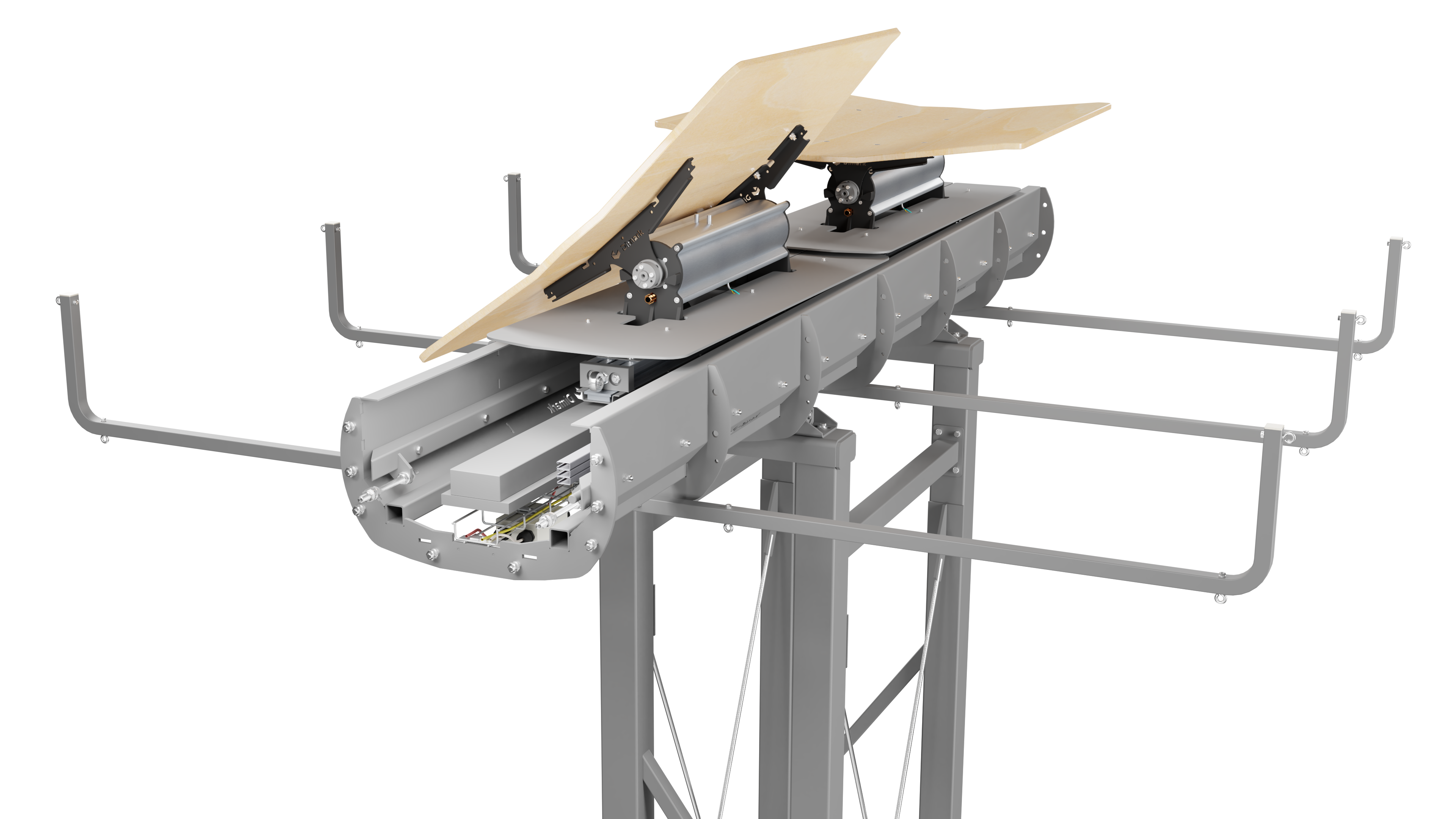 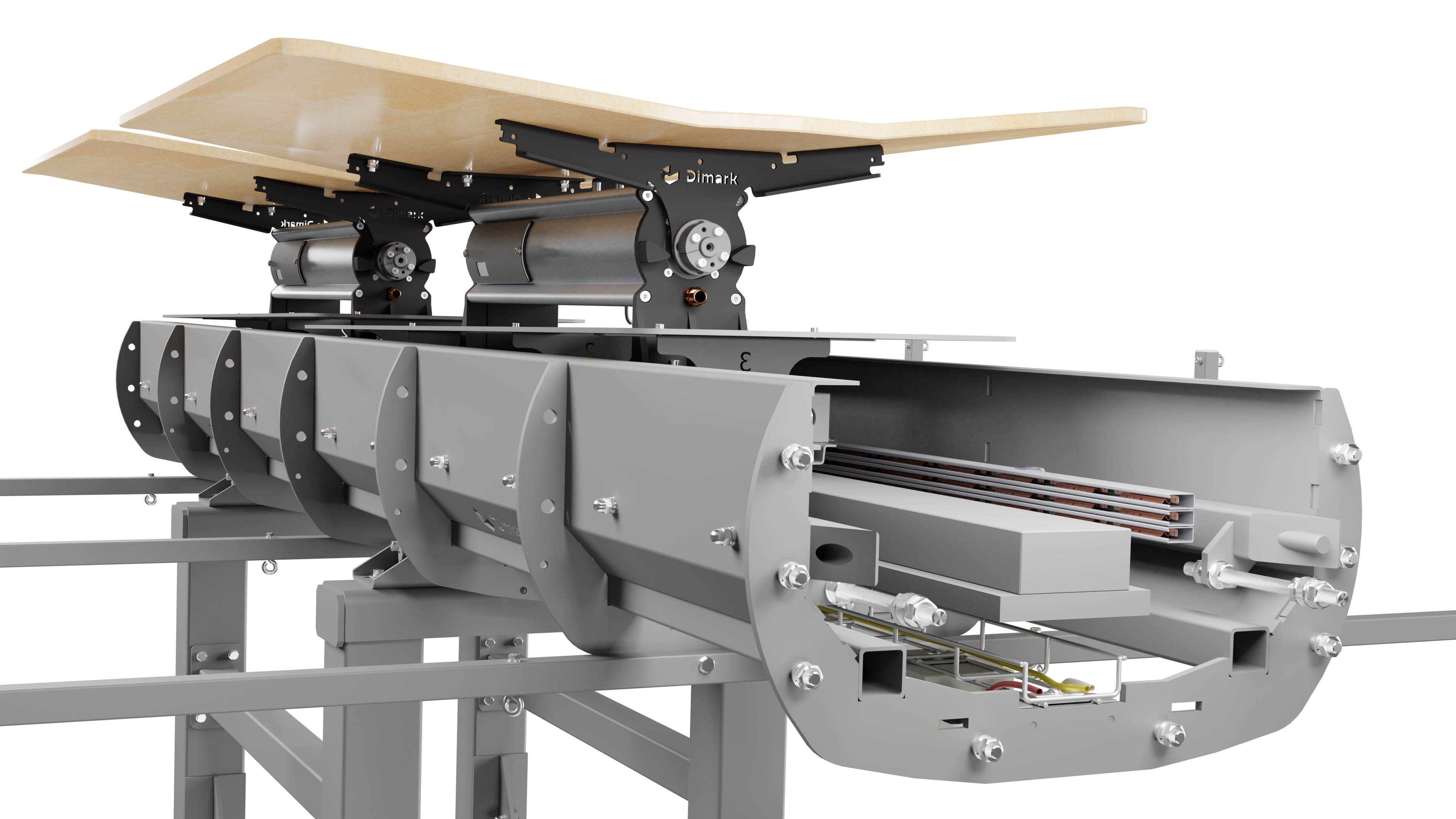 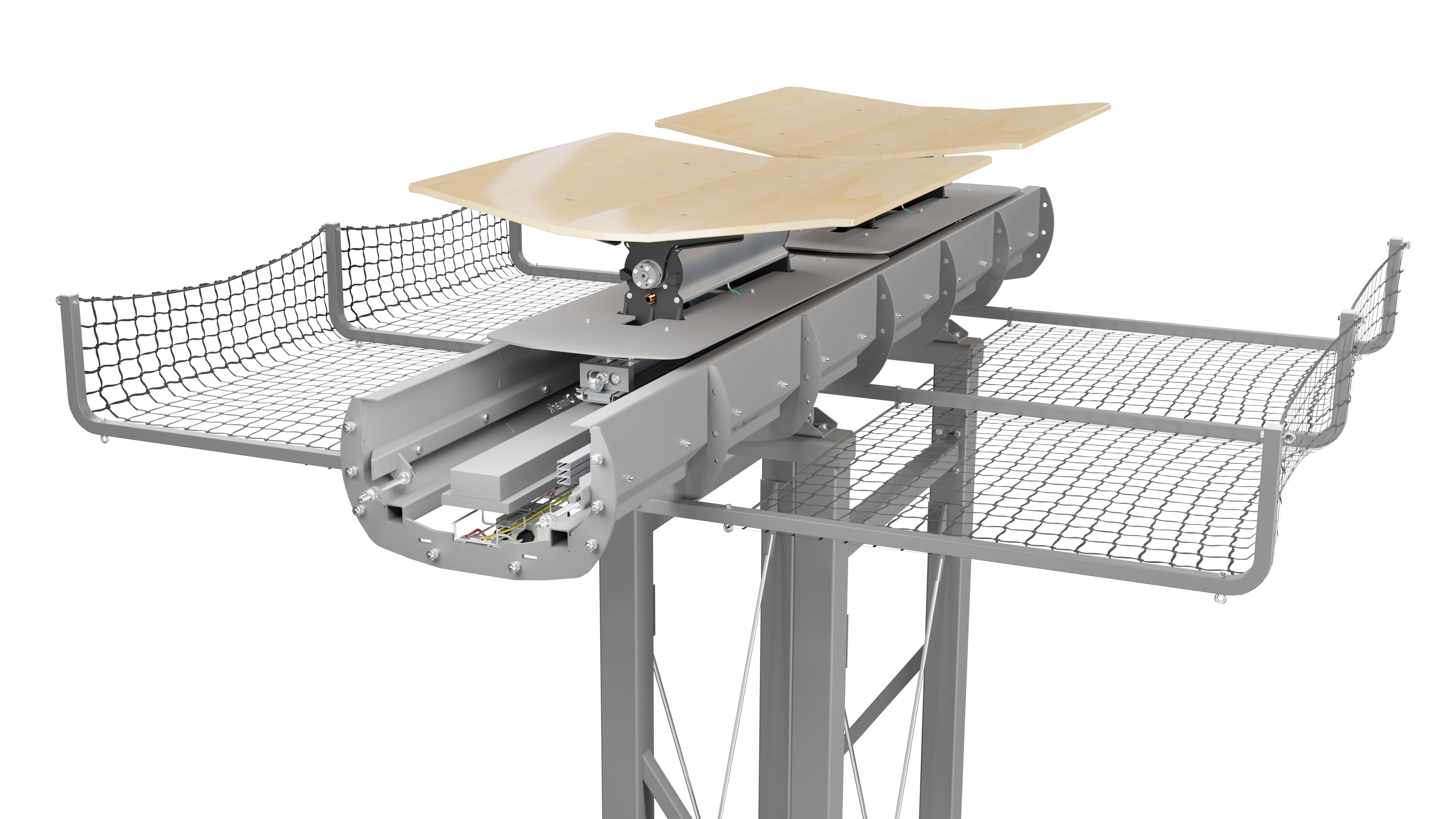 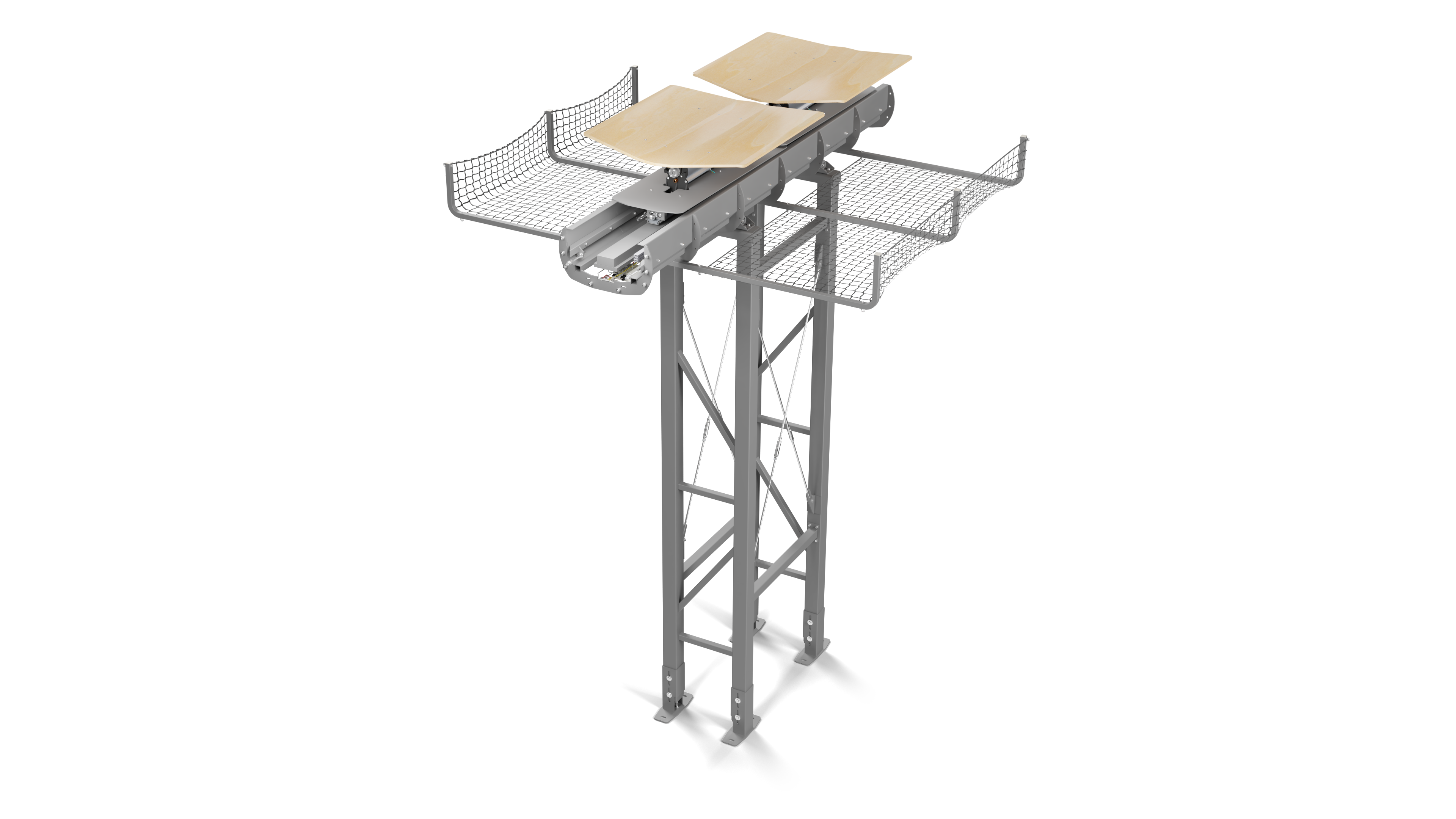 The drives are mounted on the straight units of the track, the drive’s amount depends on sorter’s length and efficiency. All sorter carts are assembled in a one loop pattern and lay on the sorter track. The sorter can be equipped with two kinds of drives:

Materials are placed on the cart trays by the system of transporters called “Induction” – merged belt conveyor, at the end of this system precisely places transported objects. Materials are dropped by tilting trays to the chutes at the collection point.

This website uses cookies to improve your experience while you navigate through the website. Out of these, the cookies that are categorized as necessary are stored on your browser as they are essential for the working of basic functionalities of the website. We also use third-party cookies that help us analyze and understand how you use this website. These cookies will be stored in your browser only with your consent. You also have the option to opt-out of these cookies. But opting out of some of these cookies may affect your browsing experience.
Necessary Always Enabled

Any cookies that may not be particularly necessary for the website to function and is used specifically to collect user personal data via analytics, ads, other embedded contents are termed as non-necessary cookies. It is mandatory to procure user consent prior to running these cookies on your website.